Beldin helped me to diagnose a strange clunking noise coming from somewhere under the car. Found out that the front swaybar bushings had left for the spirit world and the swaybar itself was banging against the bottom of the car. 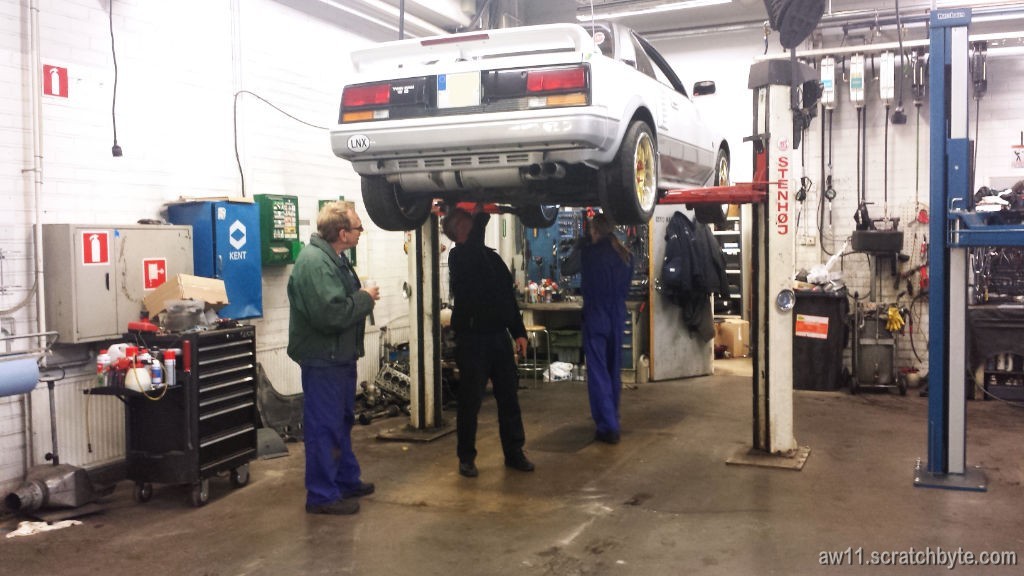 Beldin did found some real problems too 🙁 three out of four struts were not within usable tolerances. Beldin suggested later that there might be problems with bearings, but that was not the case. And all of this just after 20.000km

I later took one out and tried to find out if there was anything wrong just pushing the whole thing against floor. 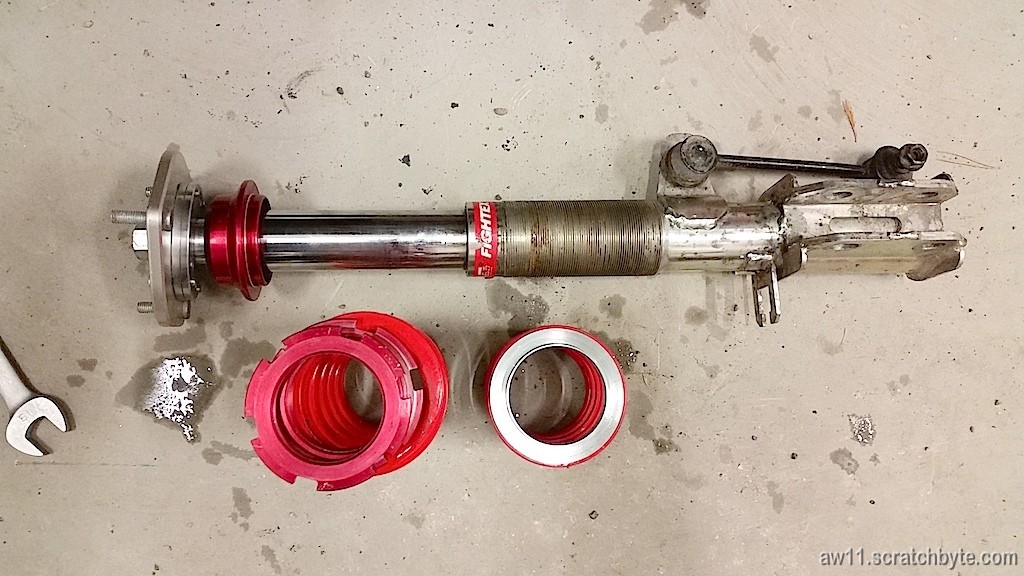 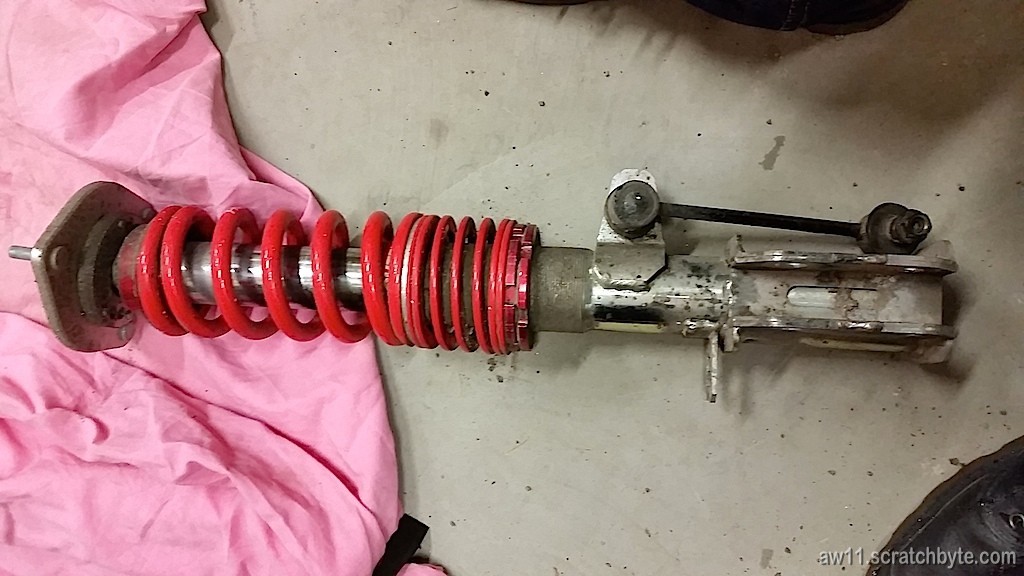 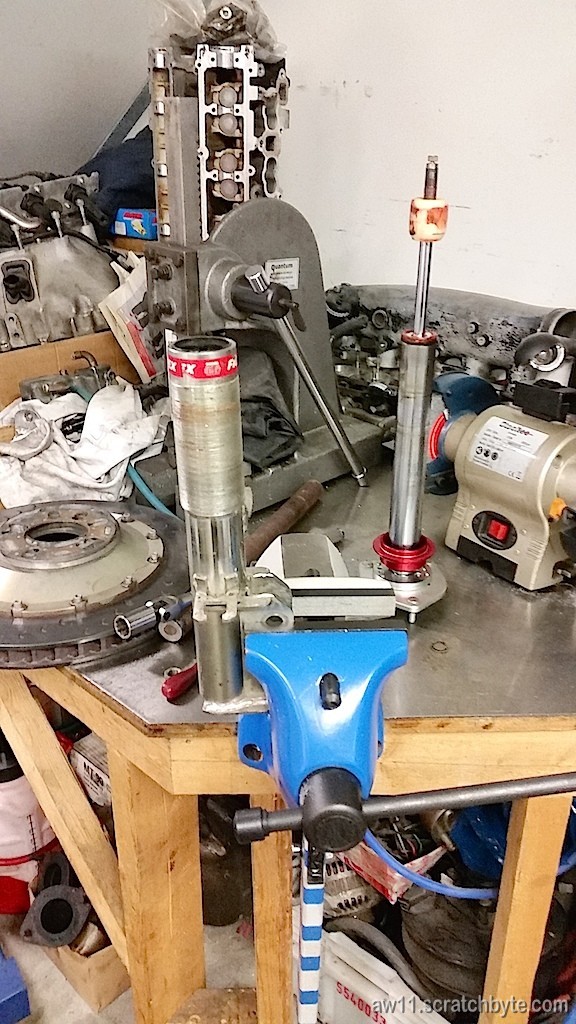 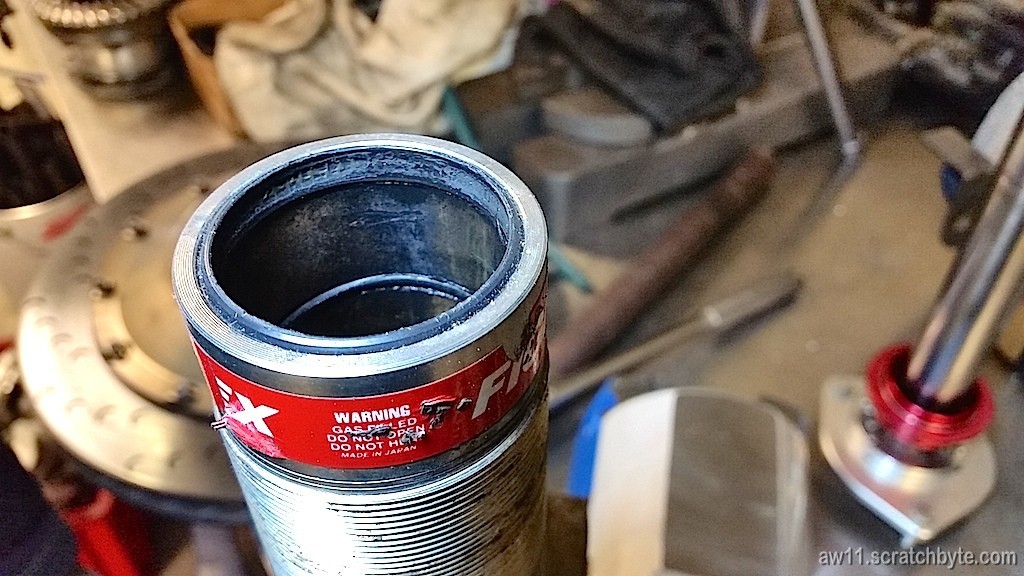 Apparently there is something wrong down there. Bearings and seals need to be replaced.

I was later in contact with both Toda Europe and Toda Japan. The former, located in UK, was a total waste of time. They dont have suspension service there and the customer service I got when I sent them an email was appalling.

Toda JP on the otherhand was very helpful. I wasnt able to order the service parts and the only option seemed to send the whole bundle back to Toda to get serviced, which would have been quite expensive. After some emails back and forth, there was an agreement that I could send in just the strut cases and leave the actual shocks out of the service. (The shocks seemed to be fine).