Lovely, unusual evening. I very much like the colours. 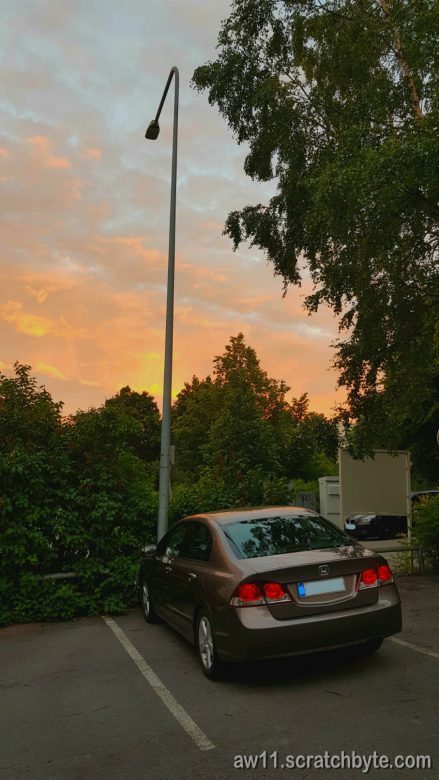 The solid lifters are a nightmare 😀 I cant seem to get the gaps measured even with the thinnest solid one available. My gap tool thingy gives me unreliable results for some reason.

The thinnest is 5.12mm tall, and Im supposed to get minimum of 0.15mm gap on the intake side and 0.20mm on the exhaust side. 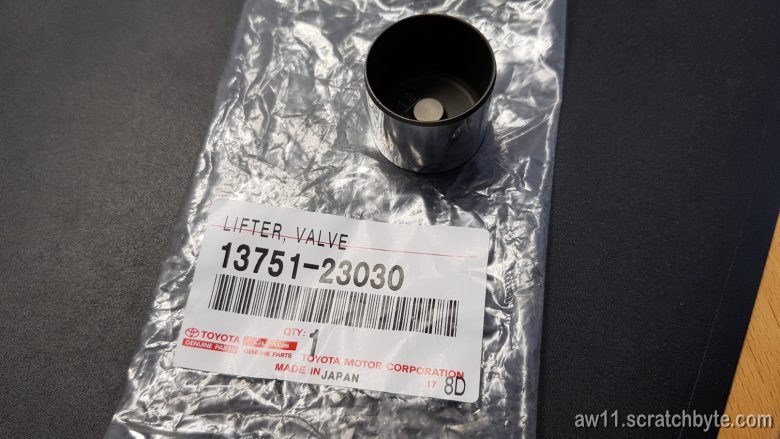 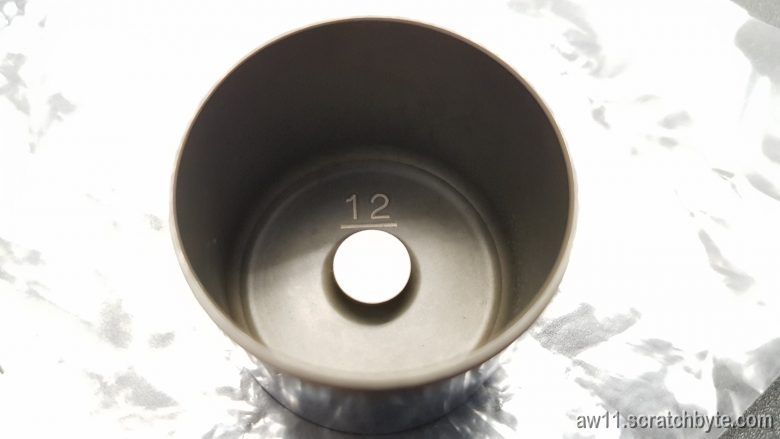 We’ll see. I wouldnt like to admit defeat here, because a lash cap lifter kit from supertech is megaexpensive 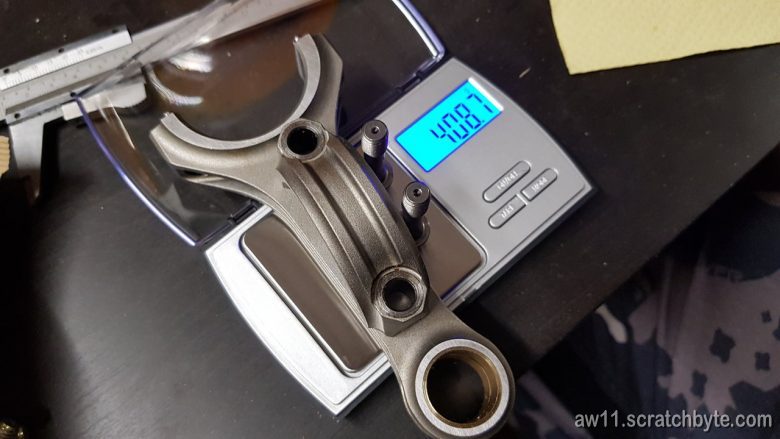 I havent yet weighed the new pistons, but I believe each was around 300 grams.

I need a 4age alternator. I have one which i bought used. Decided to crack it open and rebuild it. 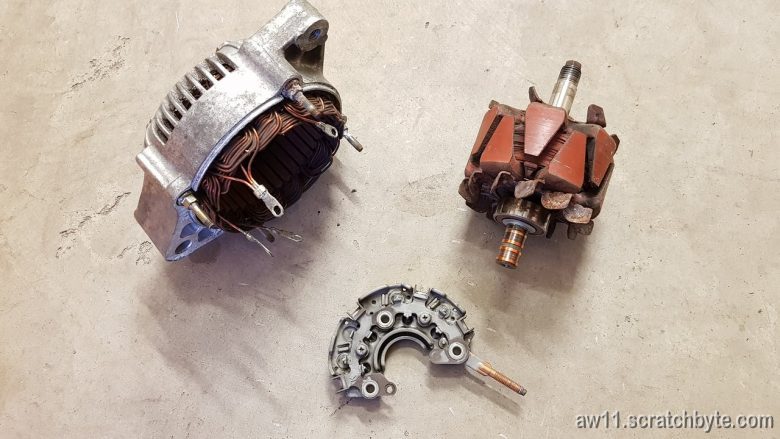 After opening I decided otherwise. I’ll buy a reconditioned one. Stator ring had rusted and swollen so much it had nearly zero gap with the rotor. The bearings were rattling and the copper rings that are against those carbon brushes were starting show some wear. 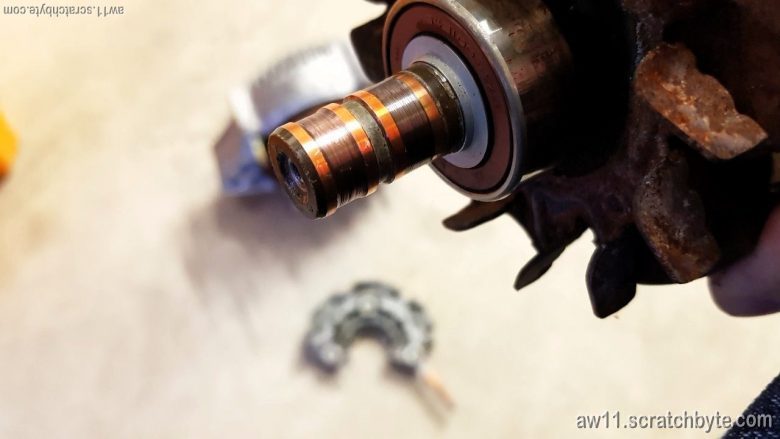 The outer ring is pretty near at its service life, but the inner ring is very nearly to stock diameter. 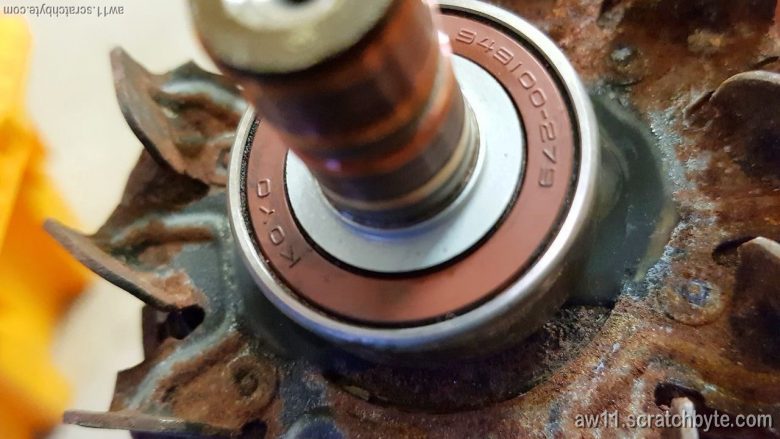 Stock 4A-GZE piston and conrod. My scale maxes at 500g so I had to weigh everything separately 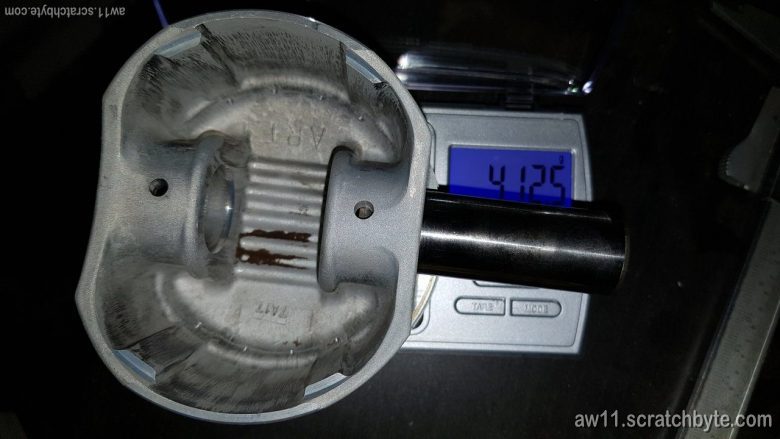 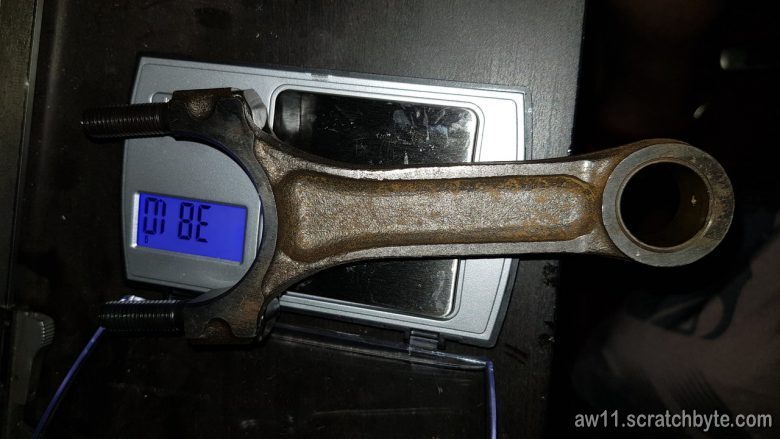 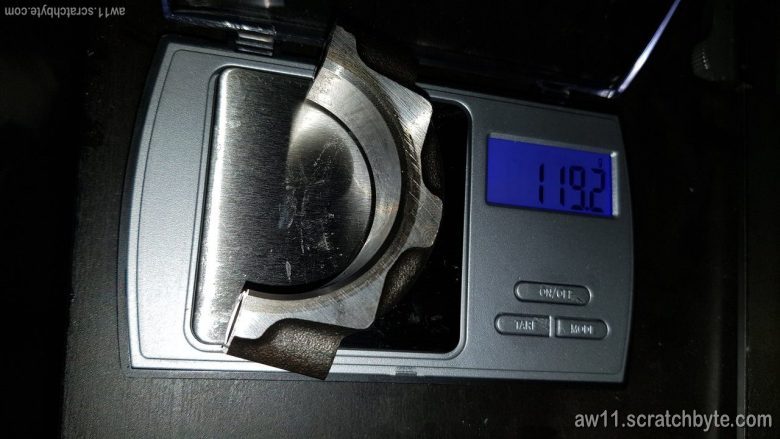 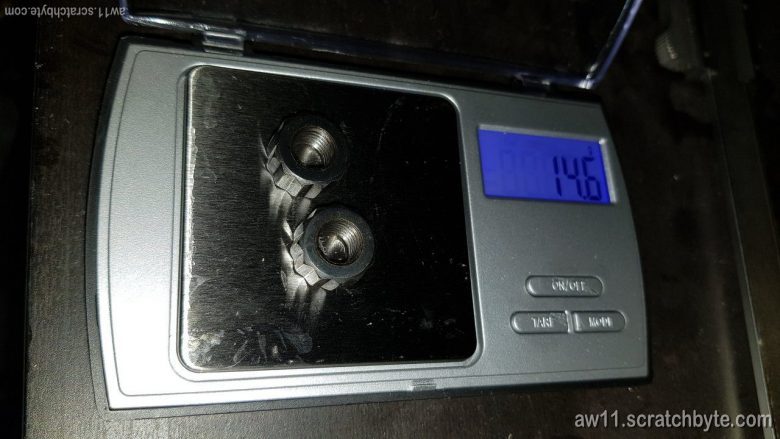 AEM Ethanol compatible fuel pump – I used the diagram below from AEM web pages, I hope they dont mind 🙂 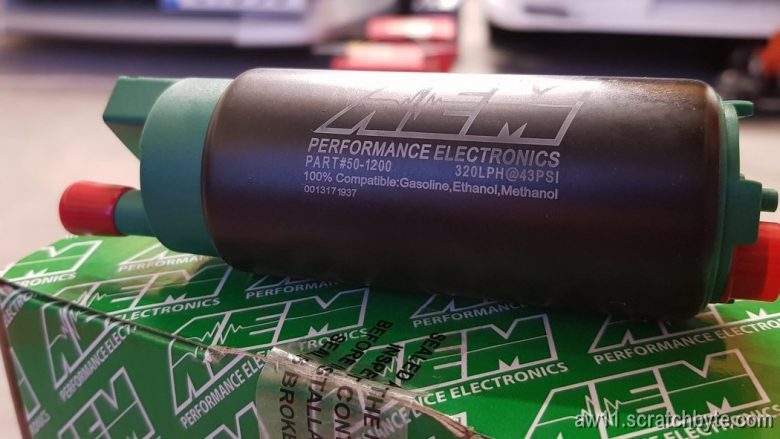 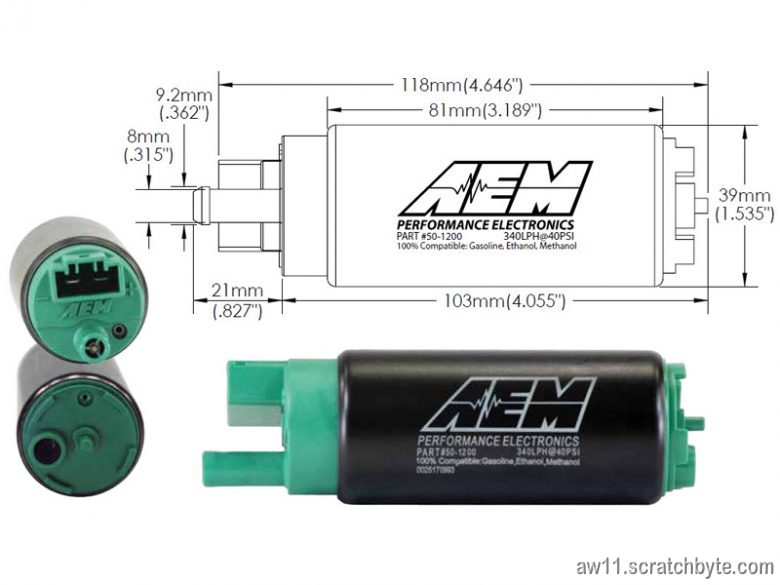 …and Bosch EV14 injectors. These are from a flex fuel VW or something. 714cc and ethanol compatible. Connectors in the bag behind. 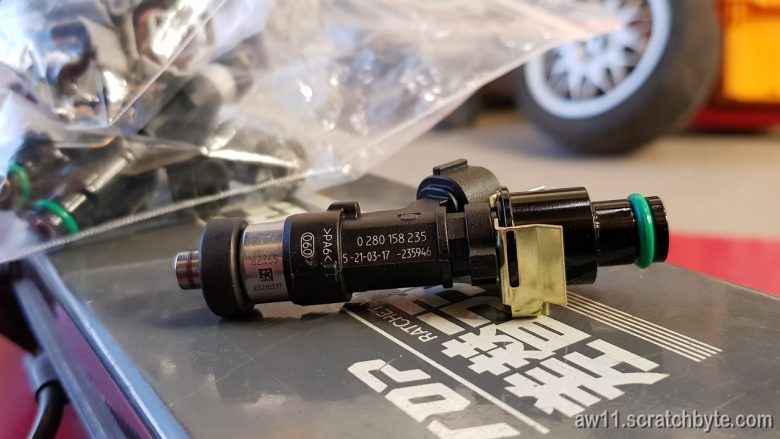 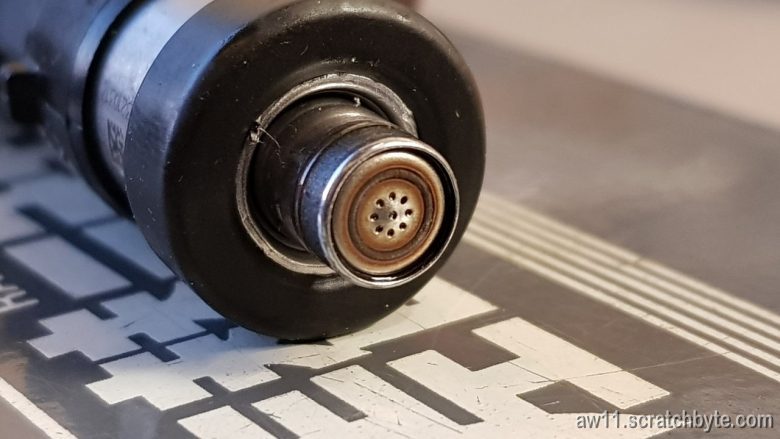 Due some problems with my cylinder head I had to replace valve guides. The new ones came from certain big dealer in Netherlands,  who is a reseller for Supertech. And with the new guides came the stem seals.

I got the guides installed and machined for my new Supertech valves in a reputable engine shop, but I didnt have a good opportunity to install the seals.

When I finally had some time to install them, the problems started. The seals felt like they wouldnt fit and I really used more force than necessary. Finally, I went over the edge and decided to try to fit them even risking breaking them.

I took a 10mm long socket, put it on the seal and smacked it with a hammer. The seal did not lock on top of the guide, but instead it lodged itself inside the socket.

At this point, I sent a email to Supertech to ask what the fuck was going on. Mr. Tagliavini from supertech was super helpful and I found out that my guides were good but the seals seemed to be too big. 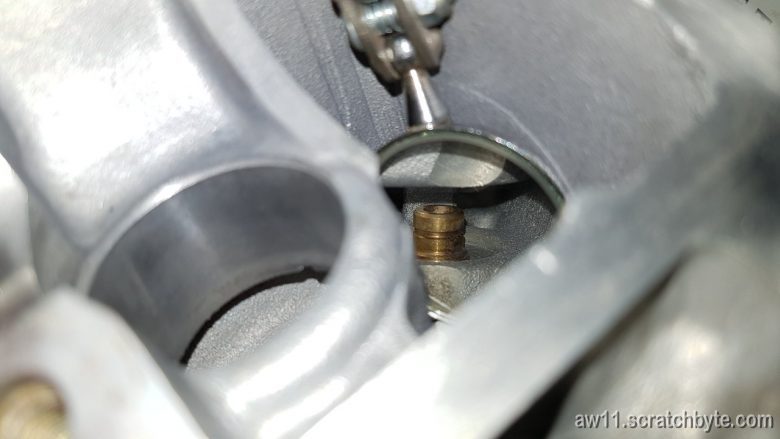 Assumption is the mother of all fuckups. I thought that the guide diameter was around 11mm which would have been good for the seals that I got. Mr. W asked me to measure the guide end diameter and I found out it was very close to 9mm.

My crude method of measuring: 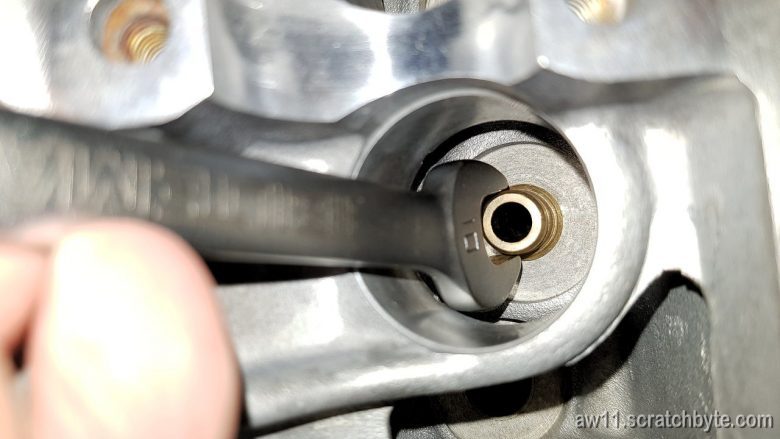 Then I suddenly realized that the packaging for the seals wasnt correct. The plastic bags didnt have any markings or logos or anything. I sent some measures and pictures to Mr. Tagliavini and he confirmed that the seals were wrong size. In fact, the seals were not supertech at all! The seal OD (12.8mm) didnt match any of their products.

I had to order new seals and this time I got the correct ones. Packaging was ok and when I installed the seals, I felt them to slide and lock properly in place.

Three not-supertechs on the left and one good on the right: 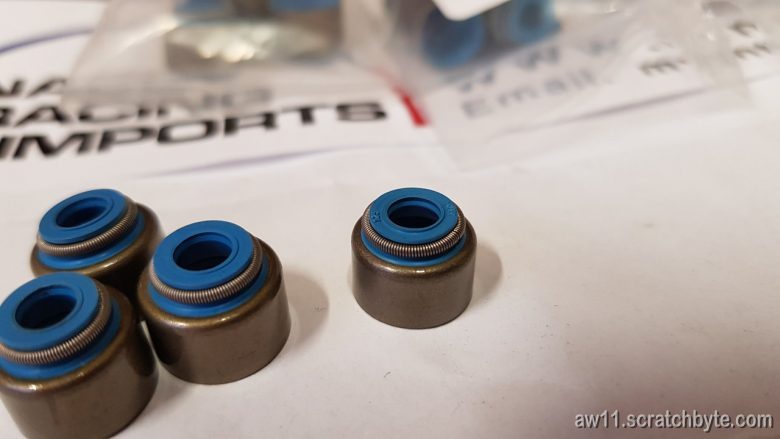 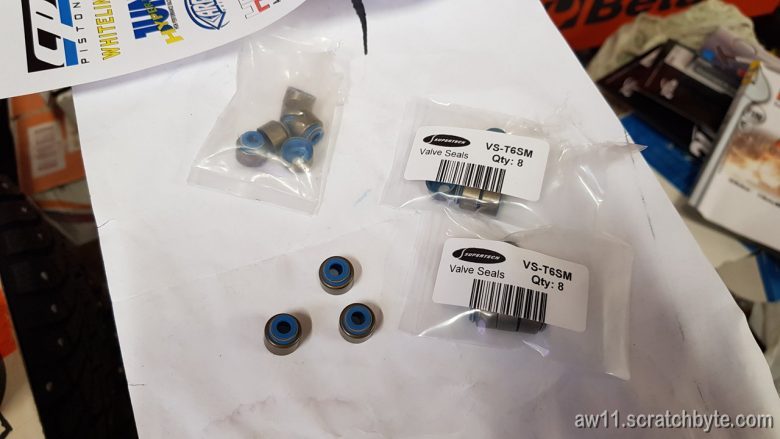 oh yeah, that company I got the wrong seals from was Flatlander IPP in netherlands. Shame on them.

Dyno run before starting my engine build. Also, a proven result of the stock engine for autorities. 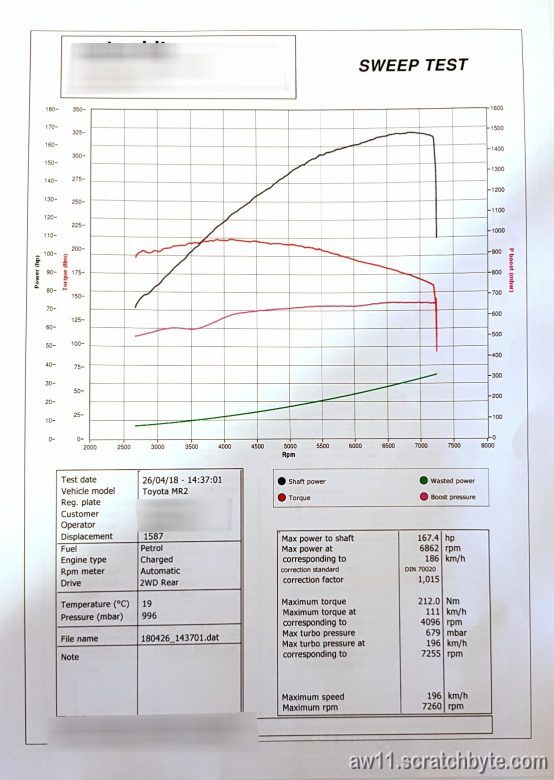