These bearings are for the both ends of the diff. All of them are for 4A-GZE + E51 combo, but some were used in SW20 gearboxes.

Edit 1: Fixing some mistakes + noticed that all of these arent from 4A-GZE + E51

Edit 2: Of course, my info is not to be trusted. Always doublecheck. 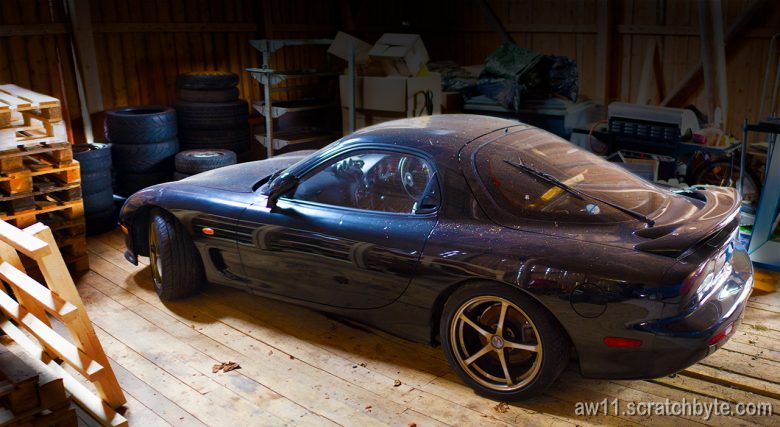 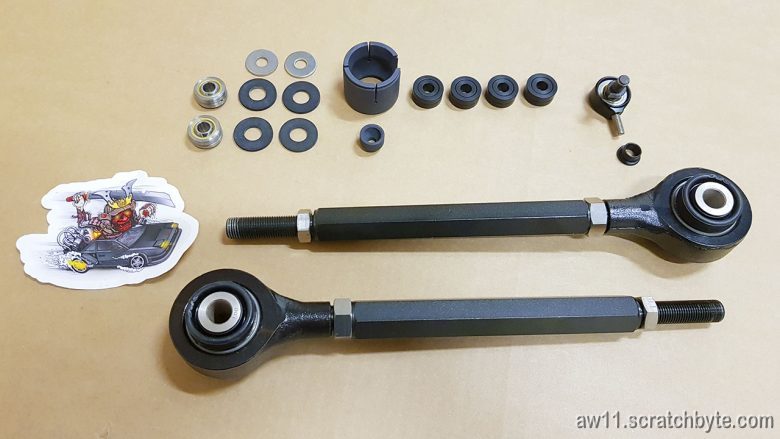 Some parts from Matrix garage. Gearbox cable end bearings top left, shifter base stuff and the side bearing for the shifter. Also, two rear tie rods, they look awesome. 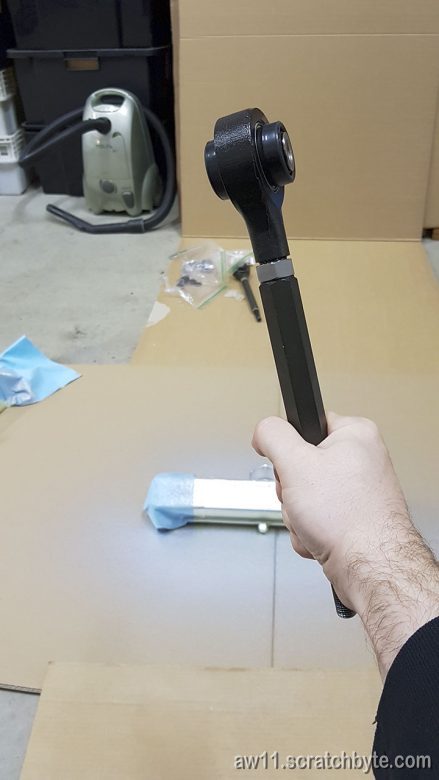 With this sceptre I shall rule my garage! 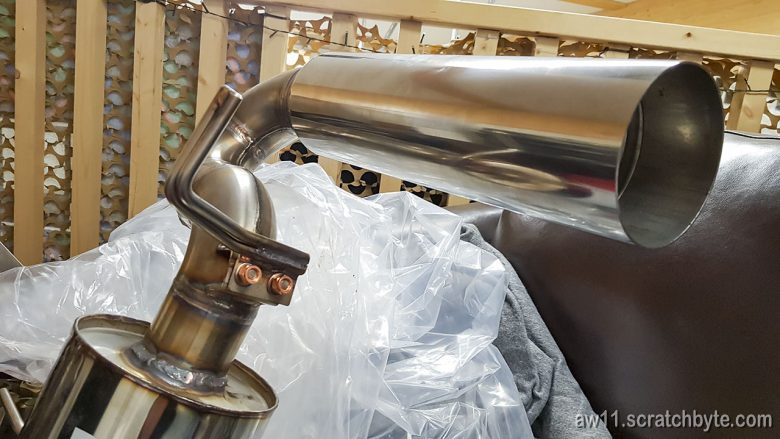 The exhaust tip. I was informed that the tip was 100mm dia, but I think it is more likely 90mm. No biggie. Its still huge 😀 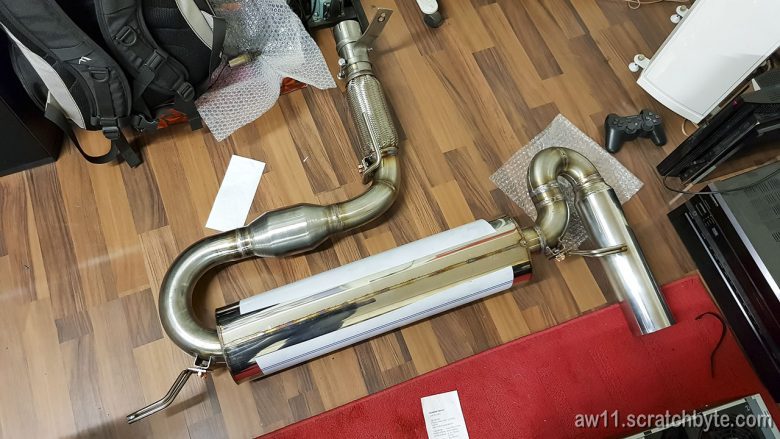 This is how it looks. Bendy bit, catalytic converter, silencer and the tip. Ballsy noise expected. 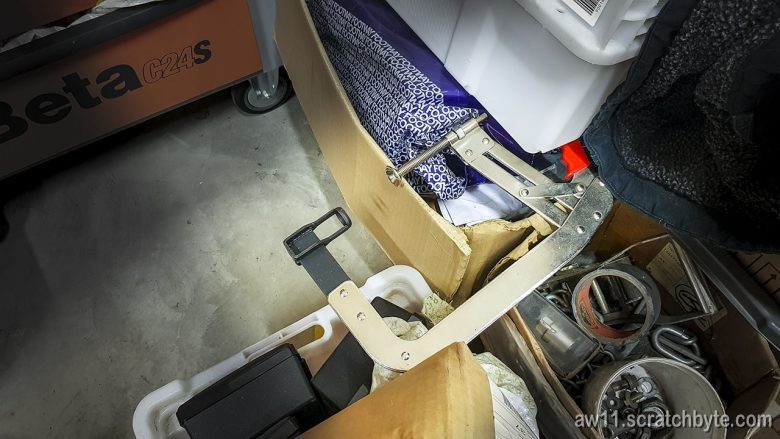 Ahh, Widric had one hidden in a box under our workbench for two years! Nice 😀

As the title says 🙂 Also, I got two Cometic MLS headgasket to choose from.

The box assistant was with me at the unboxing. Weirdly enough, her food comes in a box that is similar in size to this box. Wonder if she was actually looking for food? I know she has good memory. 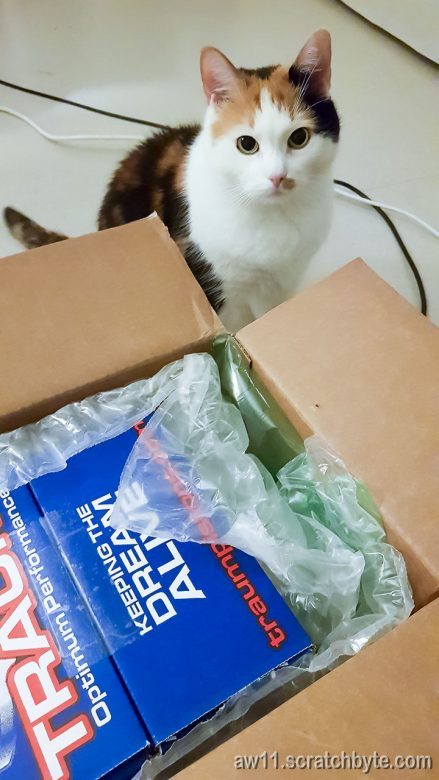 One of the pistons. Designed by Yoshi at Matrix Garage, manufactured by Traum Pistons. These are MG’s shelf pistons, 81.5 oversize and with stock 1.2mm headgasket CR should be 10.5:1. 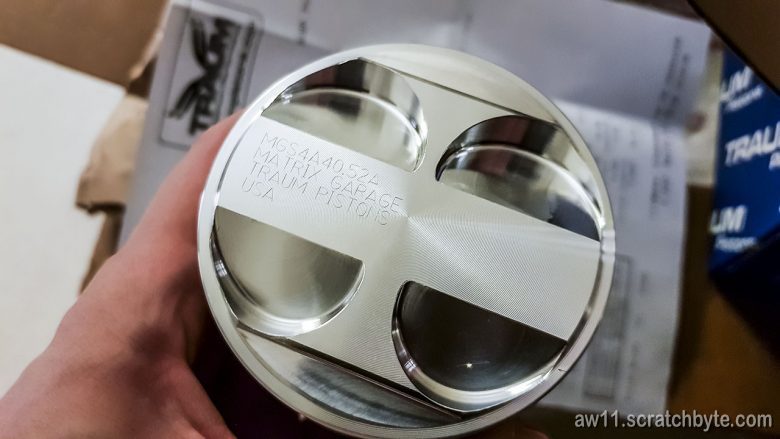 Some deburring is still needed. I’m going to get the same coatings on these pistons what I got for the previous ones. 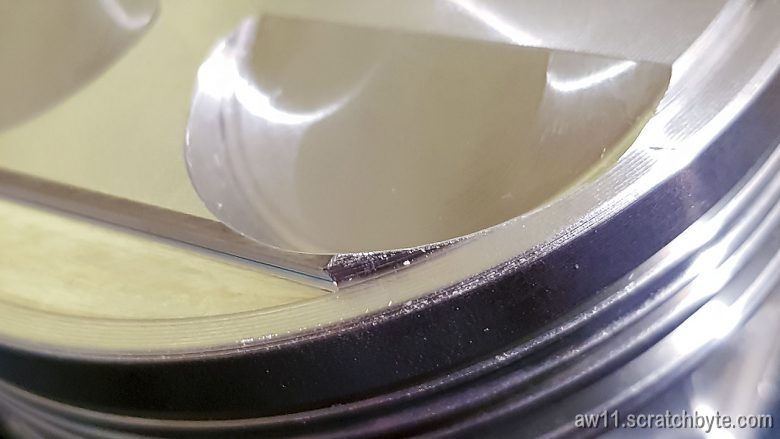 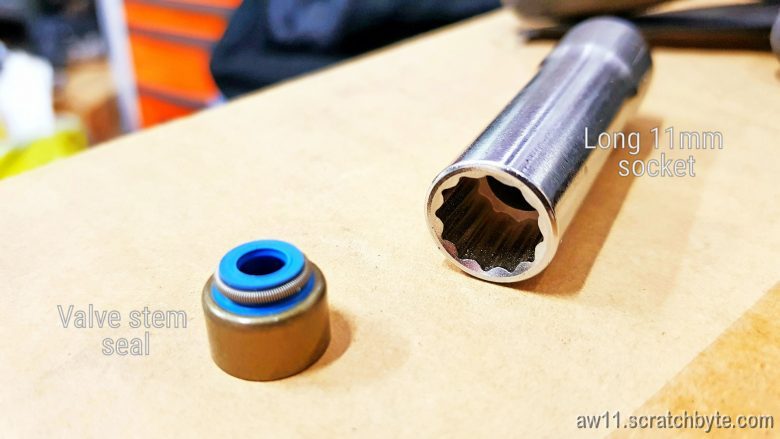 The Internet rumour is true! You can use a long ratchet socket to push the seal into place. Who knew?!

I’ll use a 11mm twelve-sided socket, it looks like the edge has a tiny bit more surface to safely push the seal in than a normal six sided socket. (And a bit concave shape, that helps too 😊 )

Long story short: I had to get the car to the exhaust shop and back, about a 500km roundtrip in total.

initially, I was thinking a trailer to move the car, just because the weather wasnt that awesome. Friend of mine got me the trailer, but I couldnt find anything to pull it with.

Found some old corolla studded winter tires and tried them on. I thought this was the lowest point, never ever have had winter tires on this one  😀 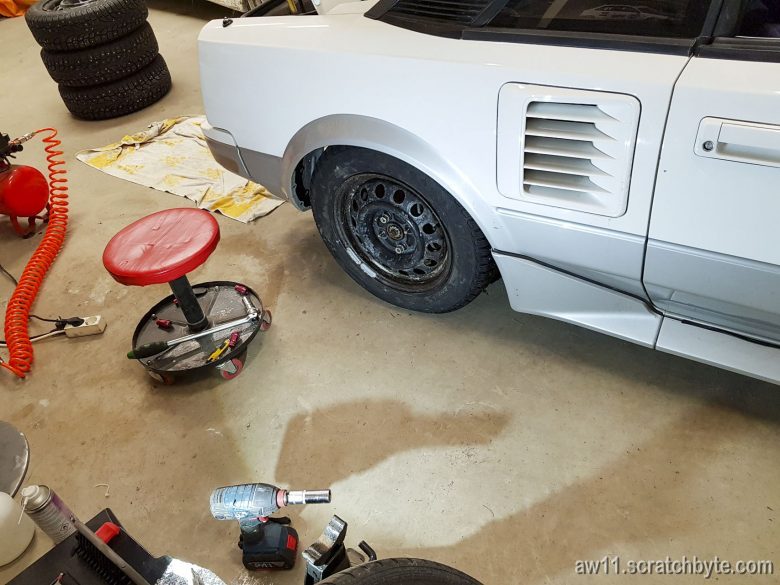 These were in bad condition, but I had to test them. Found the better ones bit later for the trip.

On that evening, everything around our garage was frozen solid and I had sooooo much fun doing powerslides and just going around corners. The tires had insane amounts of grip, even on solid ice. 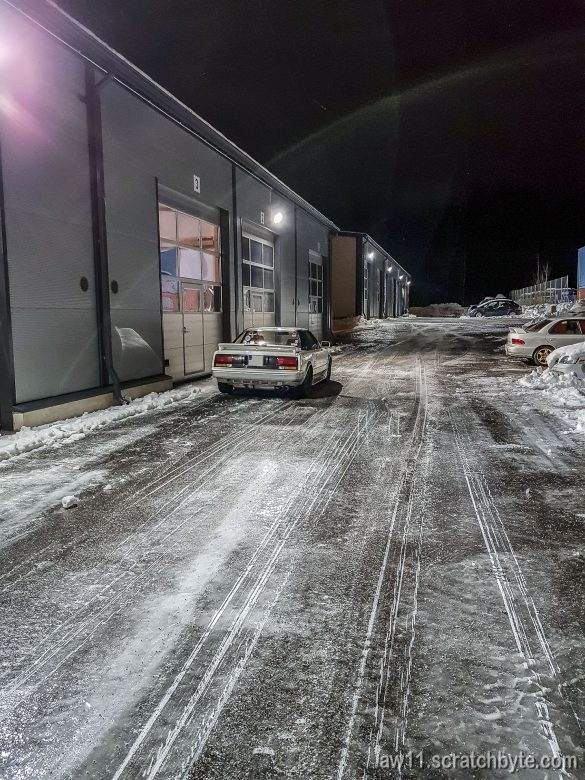 The day after that I drove to the exhaust shop. Left the car there. 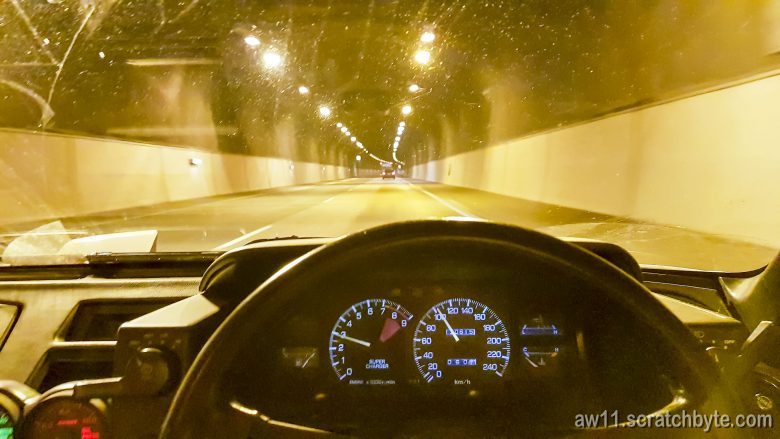 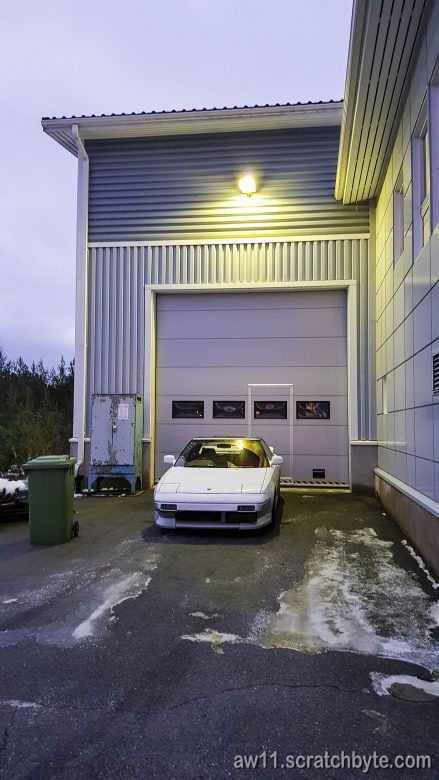 The shop owner sent me photos while he was building the exhaust. I was speechless at this point. 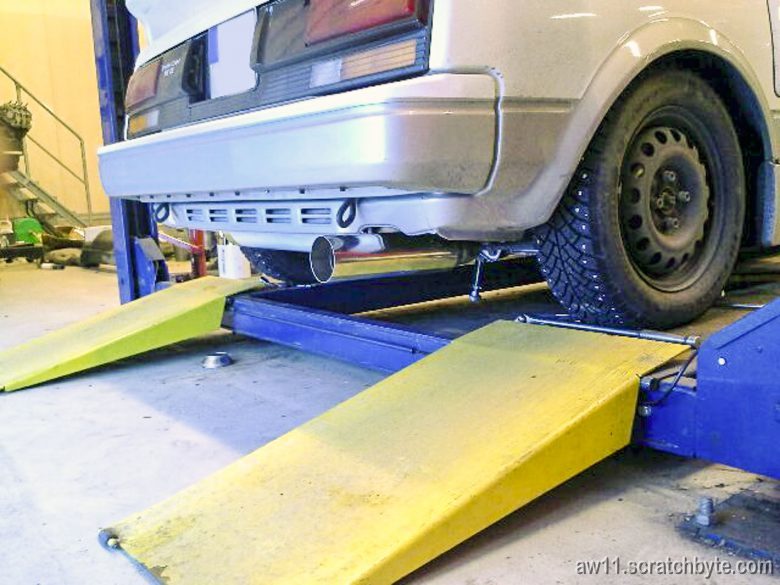 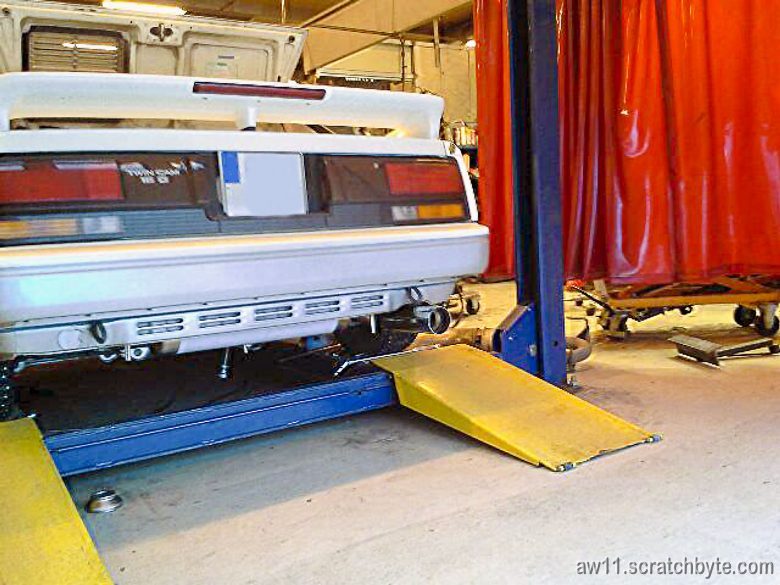 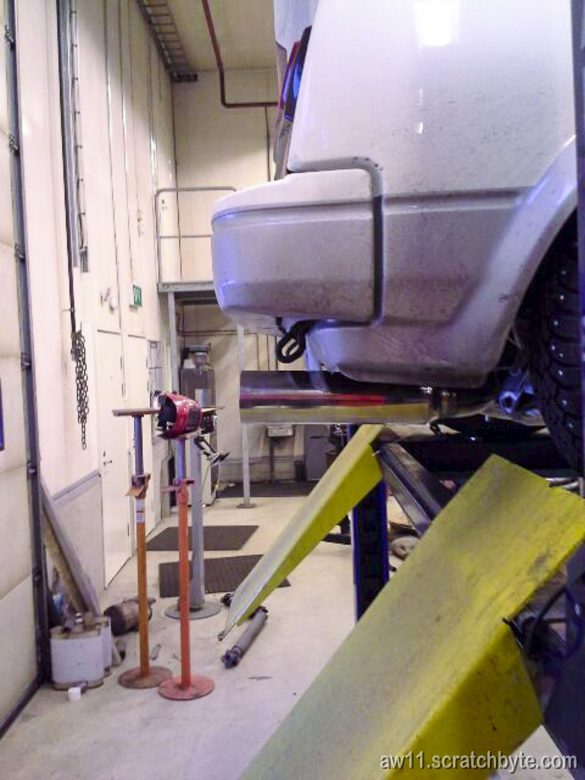 Went to get the car later that week and got the cylinder head, engine block and some fiddlybits back. After the washing incident, my cylinder head had been fixed, new valve guides installed and everything put into order. Old valve guides were bit brownish at the other end. 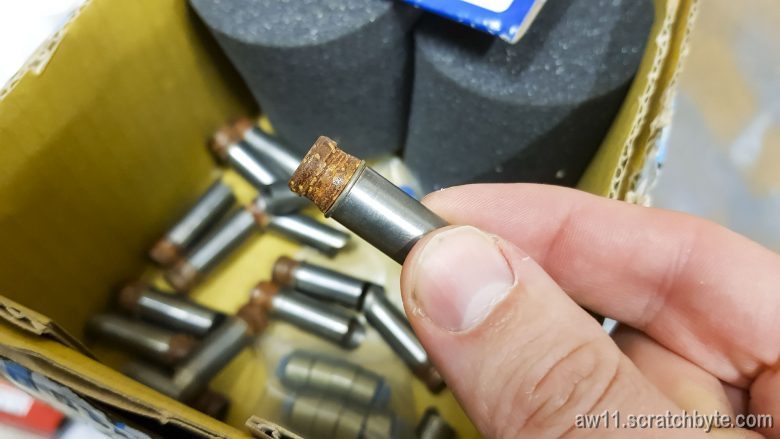 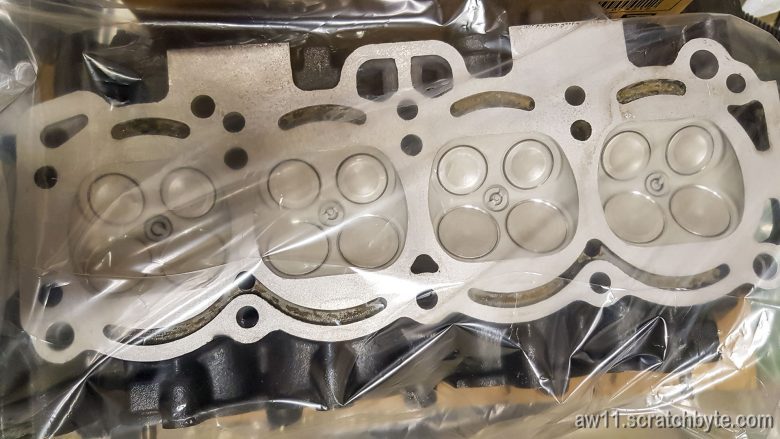 The custom made exhaust: 3″ downpipe that squeezes to 2.5″, magnaflow catalytic converter and a tuned muffler. The tip is polished 100mm.

This is pretty close to the TBS exhaust system, quite a coincidence. 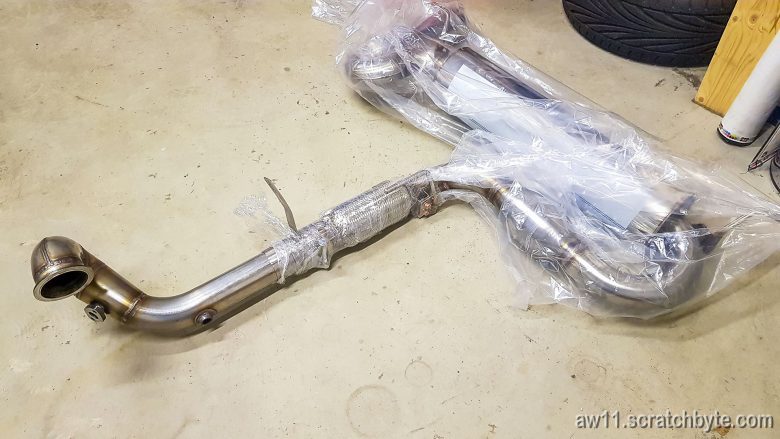 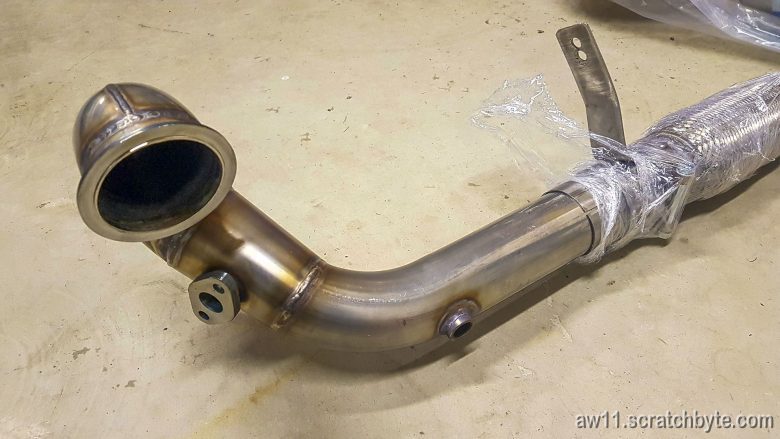 On my way back I couldnt understand why my headlights didnt show further than 10m in front of the car. After driving the last 50km with high beams on, I realized there must be a ton of muck caked on the headlights. They were pretty much opaque 😀 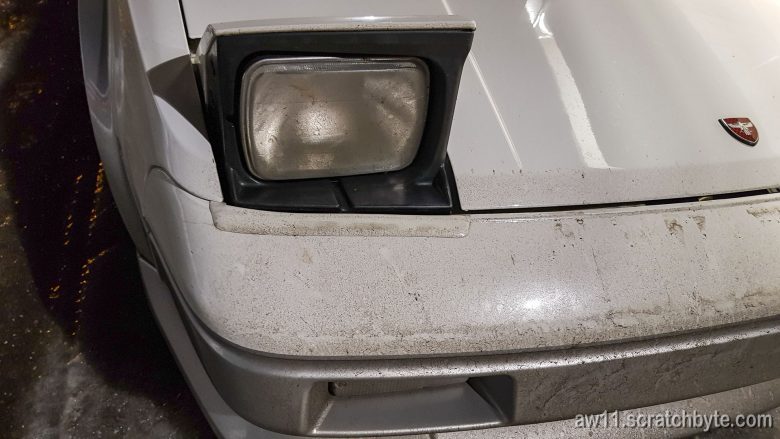 Slightly dinged, previous owner must have been a believer in the church of Clarkson. Puller marks, hammering and whatnot.

Turns out, this kind of solid aluminium pulley needs to be heated slightly and it comes off without any force. 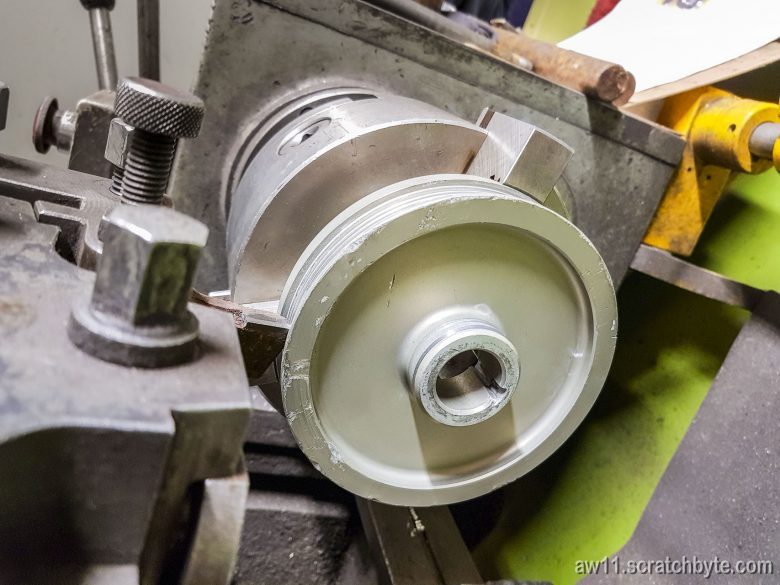 Some people have the best kind of tools 🙂 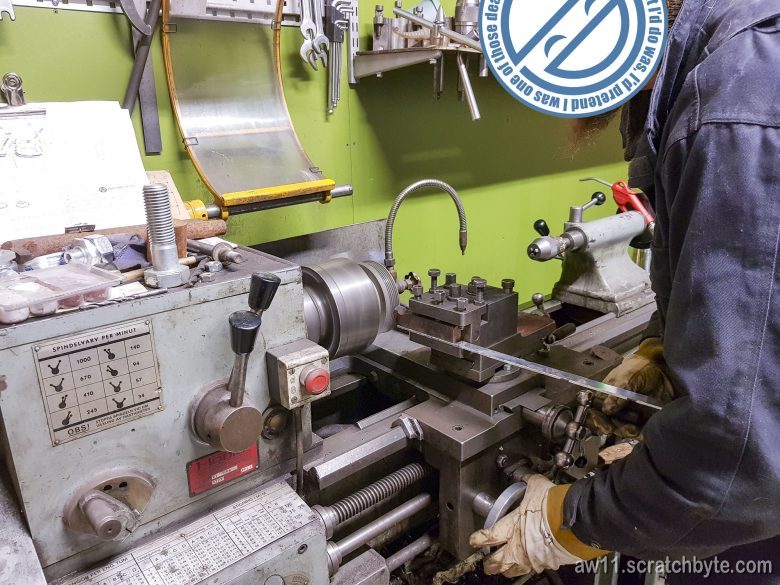 …and after few rounds in the lathe. Near perfection. 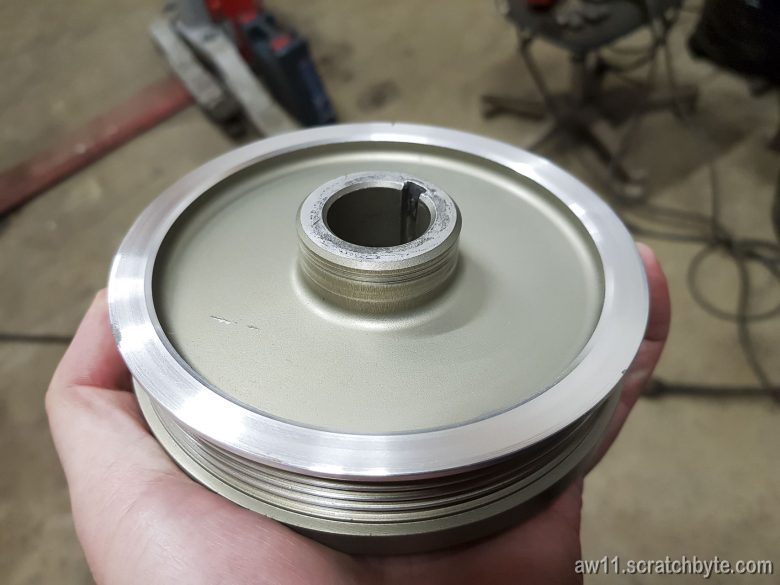 The unpainted lettering has bugged me a while now. The covers look like new, but this detail is something I’ve wanted to do a while now.

Masking looked  pretty much impossible to do with a masking tape, so I decided to try that old painters trick to use grease to mask the areas where I didnt want paint. 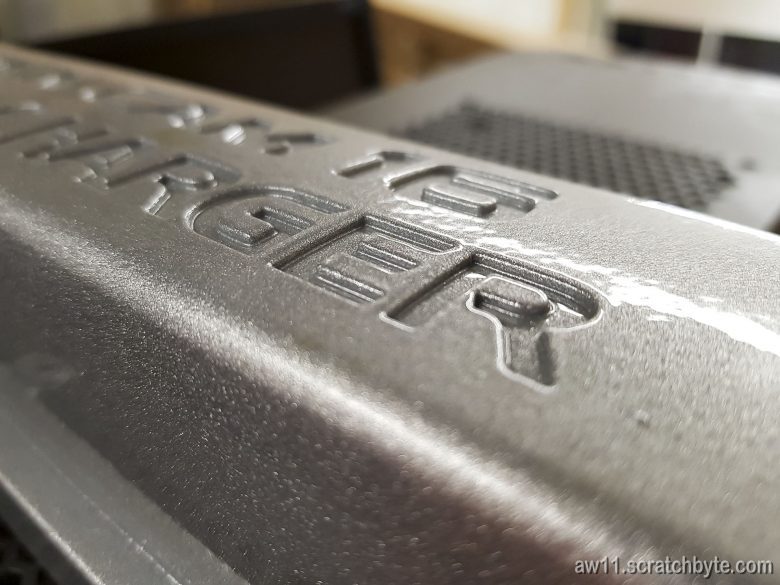 First test didnt go that well. The grease and the primer combined together started to melt the powdercoat. I managed to fix the surface without any permanent damage. 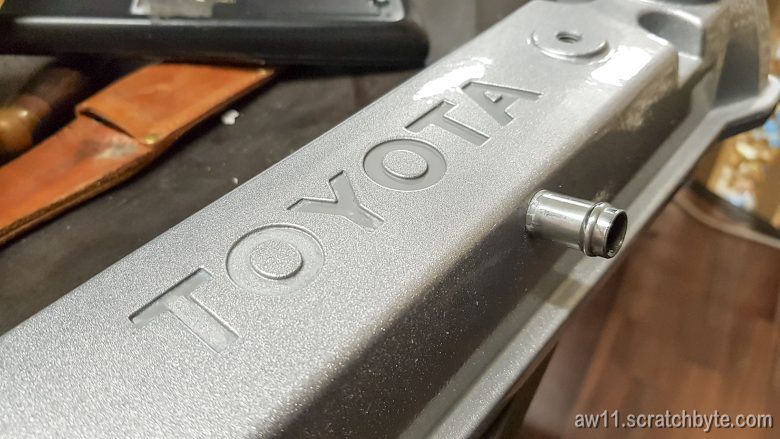